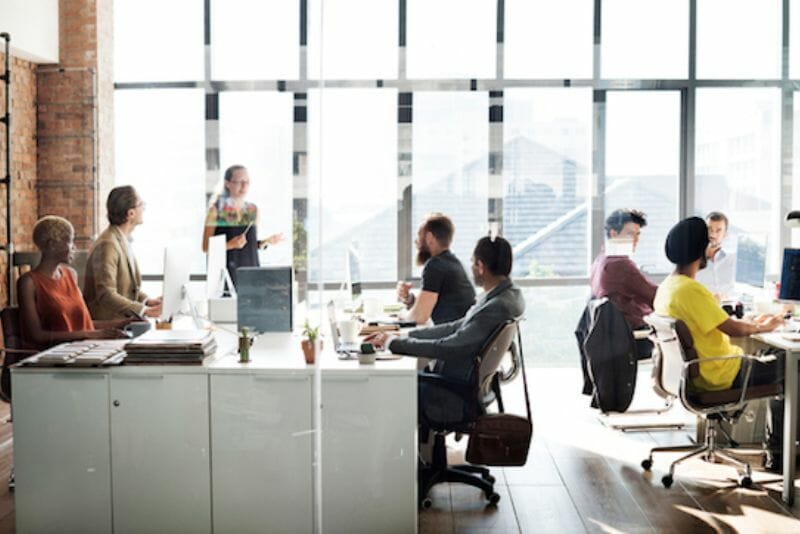 How to Talk Politics in the Office

How to Talk Politics in the Office

Do you remember when talking politics in the office was a known taboo?  I think it is safe to say that the rules governing the discussion of politics at work have changed dramatically as our nation has experienced one of the most divisive presidential elections in modern history.  It is almost as though people cannot help themselves from vocalizing their political views.  Meryl Streep’s speech at the Golden Globes on January 8th showed us the ripple effect one person’s opinions about the President-elect can have on watercooler discussions and beyond.  According to the Harvard Business Review, experts agree that talking politics at work is risky business. This is further reinforced by an American Psychological Association survey finding more than a quarter of working Americans reported at least one negative outcome as a result of political discussions at work this election season.  And with the inauguration right around the corner, you may find that this is only the beginning of elevated political chatter in the workplace.

While you cannot control what people think and feel, it is important to make sure that political talk does not hamper your ability to get your job done or place unnecessary strain on your work relationships.  Here are some specific strategies and tips for both leaders and employees about how to best navigate around political discussions in the workplace:

Lead by example.  As a workplace leader, remember that you are setting the tone for the office. If you choose to talk openly about your political viewpoints, you should expect your employees to follow suit.  Keep in mind that if, for example, you decide to make known your support for Trump and his economic plan or your dismay over Hillary’s loss, your employees may feel the need to support your stance or even exaggerate their support to get in your good graces.  On the other hand, you may choose to keep your personal politics outside of the workplace altogether.  Whatever you decide, stay consistent so that your employees do not feel swayed by your personal beliefs.

Be upfront with your expectations.  Knowing that today’s political rhetoric can cause heated discussions, it is important to set guidelines for your team.  You can certainly remind your employees that they have a right to express themselves freely, but that they should exercise respect and caution to avoid conversations from getting contentious.  The Society for Human Resource Management suggests establishing a “culture of civility” to keep political battles out of the workplace altogether.

Keep your eye on the prize.  It is important that political talk does not interfere with productivity or office morale.  It is your job to preserve your workplace culture and keep your employees engaged and acting professionally even if they have clashing points of view.  Make sure that everyone understands that you expect people to stay focused on the main goal– getting their jobs done to the best of their ability– regardless of personal convictions.

Prepare for a wide range of reactions.  There is no denying that people have extremely strong opinions about this election’s candidates.  Some of your employees will be celebrating on January 20th and others may want to hibernate for the next four years.  A recent op-ed in The New York Times talked about “anti-inauguration” plans, including silent protests at the Capitol and a Jerry Lewis-style “Love-a-thon” to raise money for groups like ACLU and Planned Parenthood.  As a leader, it is crucial to prepare for the swinging pendulum of emotions that many of your employees may feel on Inauguration Day and in the weeks and months following.  Validating these emotions may be helpful, but re-directing employee focus on workplace priorities is also key.

Think conversation, not lecture.  If you want to get your co-worker’s opinion on a political topic, make sure that you are prepared for a conversation with viewpoints that may diverge from your own.  If you are genuinely interested in Anna’s take on the future of the Supreme Court, then ask questions that inspire civil discussion.  But do not use it as an opportunity to lecture Anna about your point of view and all the reasons her views are wrong.  If you approach the discussion in a respectful, open-minded way, you may find the conversation to be much more engaging and constructive.

Choose your topics wisely. If you want to talk politics at work, think about discussing non-confrontational issues like taxes or the environment.  Stay away from hot button topics like same-sex marriage and affirmative action where opinions are often rooted in religious or moral beliefs.  And know your own triggers.  If you or your family has been negatively impacted by immigration reform, consider saving that topic to discuss at home.  After all, you do not want to risk doing or saying something unprofessional to a colleague that you will later regret.

Pay attention to social cues.  Since politics can get personal quickly, know when it is time to walk away.  If you sense that a conversation about Trump’s foreign policy is causing discomfort or becoming confrontational, it is perfectly okay to end the conversation.  You could say something like “I respect your point of view, but I would rather keep our political perspectives out of our work relationship”  or “Let’s agree to disagree, but I have to run to my next meeting now.”

Avoid making assumptions.  Most people would agree that not everyone was truthful about which candidate they voted for during this election.  Even though the election is over, it is still hard to know who truly supports whom.  That is why it is even more important to avoid making assumptions about where a person stands politically.  Remember that the person sitting in the cubicle next to you or across the conference room table from you may have dramatically different viewpoints than you would otherwise believe.  Even though you are 90% sure that you and Benjamin see eye-to-eye on climate change, you might be surprised that he in fact does not agree.  And you would not want this difference in opinion to cloud your working relationship with him.

Know your rights.  Know that your employers are legally prohibited from discriminating against you on the basis of your political affiliation and from banning political discourse.  But also know that just because it is legal to talk politics does not mean that you should do so carelessly.  Expressing your opinions about non-divisive topics in a calm and respectful way is your best bet for keeping political peace at the office.

The bottom line is that we are entering unchartered waters when it comes to the role of politics in the workplace.  And while politics can be a touchy subject at work, nowadays it is simply unavoidable.  If handled correctly, using many of these tips and tricks, you may be pleasantly surprised to find that political discussions can be enlightening and thought-provoking, regardless of which party you support.

OCT 3, 2018
Sexual Assault in the Media: 4 Steps to Address the Workplace Impact
Blog 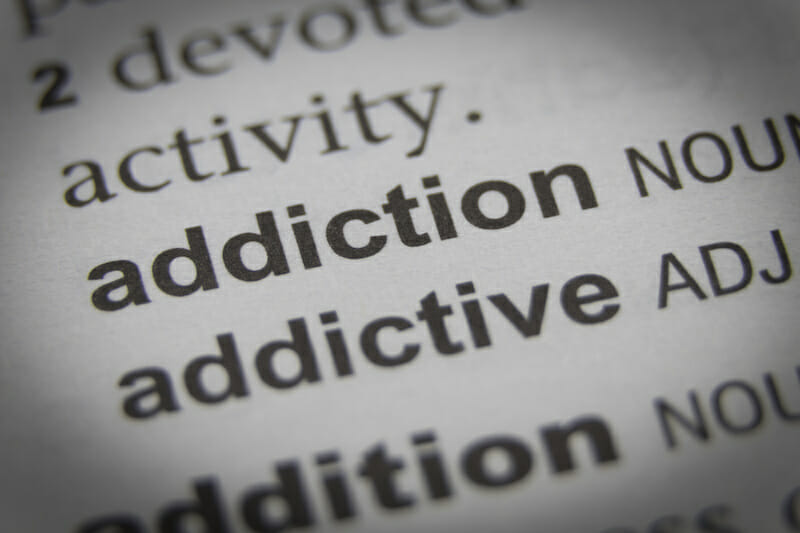 MAY 15, 2018
How Can HR Approach Opioid Addiction in the Workplace?
Blog 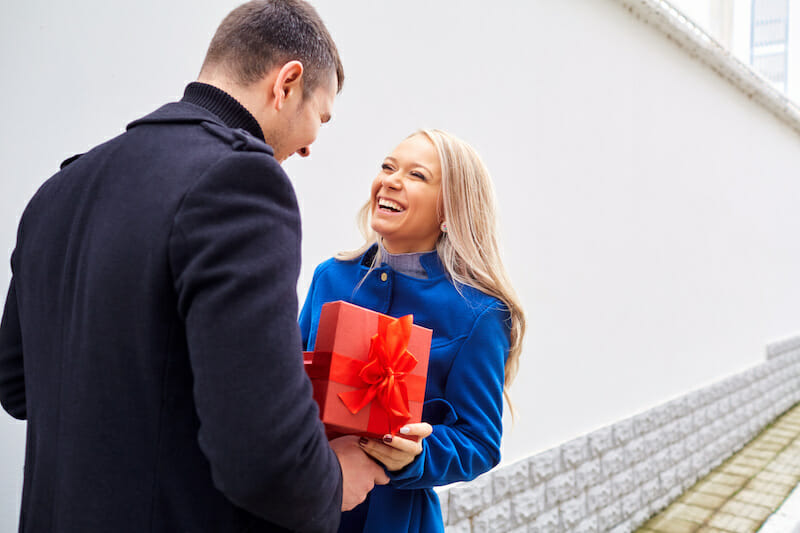 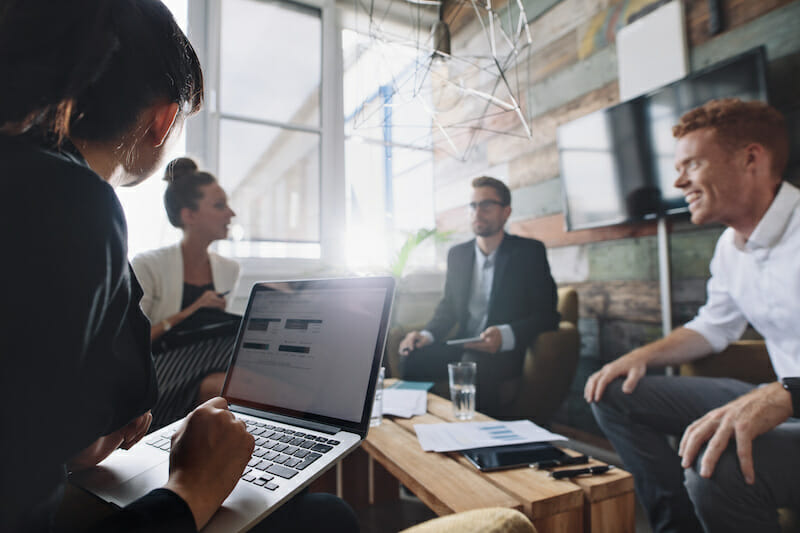